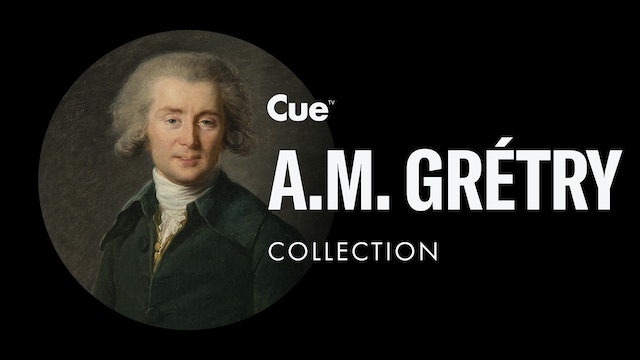 He was born at Liège, his father being a poor musician. He was a choirboy at the church of St. Denis (Liège). In 1753 he became a pupil of Jean-Pantaléon Leclerc and later of the organist at St-Pierre de Liège, Nicolas Rennekin, for keyboard and composition and of Henri Moreau, music master at the collegiate church of St. Paul. But of greater importance was the practical tuition he received by attending the performance of an Italian opera company. Here he heard the operas of Baldassarre Galuppi, Giovanni Battista Pergolesi, and other masters; and the desire of completing his own studies in Italy was the immediate result. To find the necessary means he composed in 1759 a mass which he dedicated to the canons of the Liège Cathedral, and it was at the expense of Canon Hurley that he went to Italy in March 1759. In Rome he went to the Collège de Liège. Here Grétry resided for five years, studiously employed in completing his musical education under Giovanni Battista Casali. His proficiency in harmony and counterpoint was, however, according to his own confession, at all times very moderate.