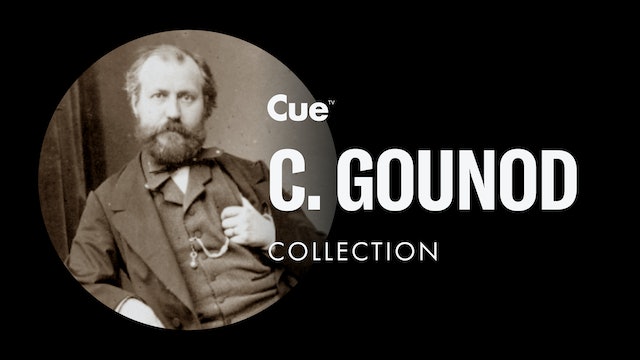 Charles-François Gounod (17 June 1818 – 18 October 1893), usually known as Charles Gounod, was a French composer. He wrote twelve operas, of which the most popular has always been Faust (1859); his Roméo et Juliette (1867) also remains in the international repertory. He composed a large amount of church music, many songs, and popular short pieces including his Ave Maria (an elaboration of a Bach piece), and Funeral March of a Marionette.

Born in Paris into an artistic and musical family Gounod was a student at the Conservatoire de Paris and won France's most prestigious musical prize, the Prix de Rome. His studies took him to Italy, Austria and then Prussia, where he met Felix Mendelssohn, whose advocacy of the music of Bach was an early influence on him. He was deeply religious, and after his return to Paris, he briefly considered becoming a priest. He composed prolifically, writing church music, songs, orchestral music and operas.