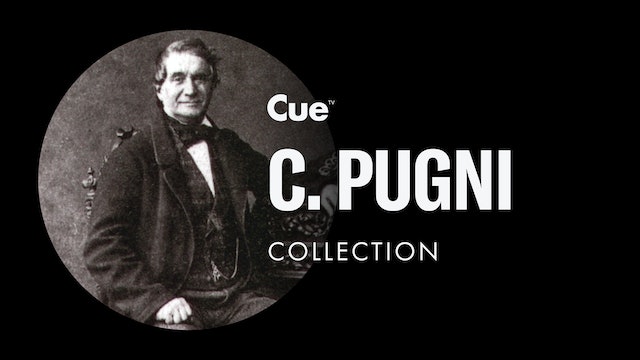 Cesare Pugni (31 May 1802 in Genoa – 26 January 1870) was an Italian composer of ballet music, a pianist and a violinist. In his early career he composed operas, symphonies, and various other forms of orchestral music. Pugni is most noted for the ballets he composed for Her Majesty's Theatre in London (1843–1850), and for the Imperial Theatres in St. Petersburg, Russia (1850–1870). The majority of his ballet music was composed for the works of the ballet master Jules Perrot, who mounted nearly every one of his ballets to scores by Pugni. In 1850 Perrot departed London for Russia, having accepted the position of Premier maître de ballet of the St. Petersburg Imperial Theatres at the behest of Carlotta Grisi, who was engaged as Prima ballerina. Cesare Pugni followed Perrot and Grisi to Russia, and remained in the imperial capital even after Grisi's departure in 1853 and Perrot's departure in 1858. Pugni went on the compose for Perrot's successors Arthur Saint-Léon and Marius Petipa, serving as the Imperial Theatre's official composer of ballet music until his death in 1870. He was also the grandfather of Russian painter Ivan Puni, also known as Iwan Puni and Jean Pougny.