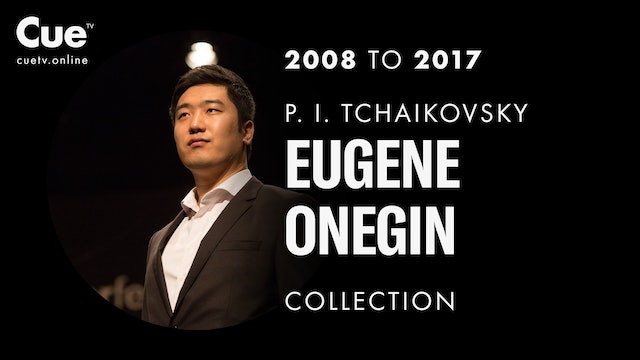 Eugene Onegin is an opera ("lyrical scenes") in 3 acts (7 scenes), composed by Pyotr Ilyich Tchaikovsky. The libretto, organised by the composer himself, very closely follows certain passages in Alexander Pushkin's 1825-1832 novel in verse, retaining much of his poetry. Tchaikovsky's friend Konstantin Shilovsky contributed M. Triquet's verses in Act 2, Scene 1, while Tchaikovsky himself arranged the text for Lensky's arioso in Act 1, Scene 1, and almost all of Prince Gremin's aria in Act 3, Scene 1.

Eugene Onegin is a well-known example of lyric opera, to which Tchaikovsky added music of a dramatic nature. The story concerns a selfish hero who lives to regret his blasé rejection of a young woman's love and his careless incitement of a fatal duel with his best friend.

The opera was first performed in Moscow in 1879. There are several recordings of it, and it is regularly performed. The work's title refers to the protagonist.