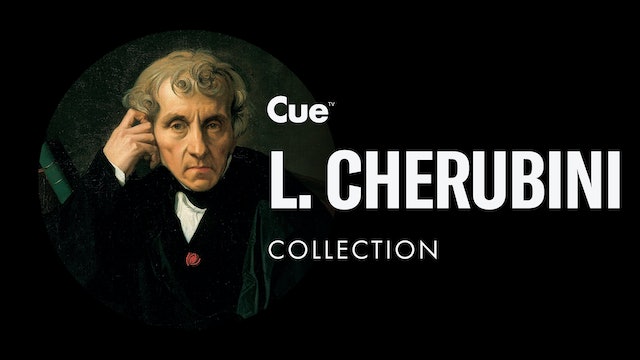 Luigi Cherubini (8 or 14 September 1760 – 15 March 1842) was an Italian Classical and Romantic composer. His most significant compositions are operas and sacred music. Beethoven regarded Cherubini as the greatest of his contemporaries. His operas were heavily praised and interpreted by Rossini. Cherubini was born Maria Luigi Carlo Zenobio Salvatore Cherubini in Florence in 1760. There is uncertainty about his exact date of birth. Although 14 September is sometimes stated, evidence from baptismal records and Cherubini himself suggests the 8th is correct. Perhaps the strongest evidence is his first name, Maria, which is traditional for a child born on 8 September, the feast-day of the Nativity of the Virgin.[1] His instruction in music began at the age of six with his father, Bartolomeo, maestro al cembalo ("Master of the harpsichord", in other words, ensemble leader from the harpsichord). Considered a child prodigy, Cherubini studied counterpoint and dramatic style at an early age. By the time he was thirteen, he had composed several religious works.