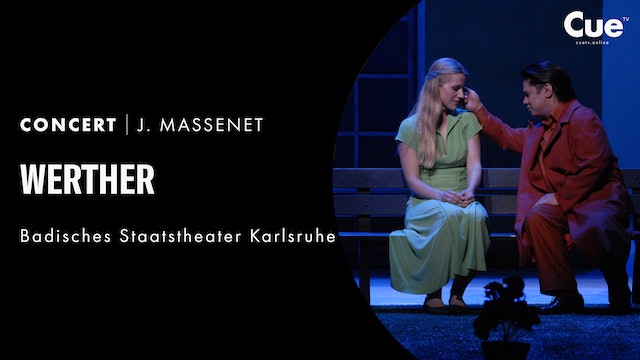 "Jules Massenet´s opera Werther belongs to the most favourite works of French repertoire. It is in the first wave of German Romantic literature that Massenet found the source for his doubtless most powerful work – and certainly his most popular ! Might the French musician have detected in his own life the inspiration for these pages about the tormented fate of Werther and Charlotte, of their impossible love, their sighs, their unhappiness? Rarely has the author of Manon found a more poignant or fitting touch, leading the listener right inside the tempestuous soul of his characters.

It was first performed in 1892 in Vienna, and based on a famous novel by J.W.Goethe “The Sorrows of Young Werther”. The story of a main character Werther takes place around 1772 in Wetzlar near Frankfurt, and unveils a touching drama of two young hearts who were not allowed to find happiness, because of the conventions of the period and family conditions. When Werther meets Charlotte, he falls in love with her at first sight but is desolated after finding out she is about to marry someone else. Charlotte´s jolly and optimistic sister Sophie hides her feelings she secretly cherishes towards Werther who is hopelessly infatuated with Charlotte and has numerous time, to no avail, attempted to win her heart."